Please join our discord channel
for infos about signing up etc.

Since 2010, Rolling Thunder is an ArmA series (firstly Arma2, now Arma3) PvP (player vs player) event in which large scale tank battles are simulated in an organized large scale environment. The RT battles are standalone events and take place occasionally. For each battle there are new registrations. The Rolling Thunder participants vary from armor gameplay newcomers to professional tank combat simulation gamers all with the aim to have tactical, teamwork orientated, well organized and enjoyable battles.

In these battles, tank company versus tank company operations are simulated. Both tank companies consist of three or four tank platoons (3 tanks per platoon, number of platoons may vary between 3 and 4), a Cavalry Scout platoon (in some battles not all), a reconnaissance platoon, an anti-tank section and a logistical element. 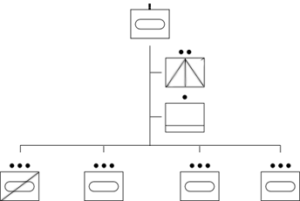 Each battle takes place on a different map. At the start of a battle, each company starts on a opposite point of the map. The battle region has alot of open terrain with some elevations and small forests. Each company has the objective to take and hold two objective sectors towards the opponents’ start point. During the battle, both sides try to build up tactical dominance in the region, by securing stategic points and preventing the enemy to advance. Points are distributed for the scoring interval (determined by parameters)  that a sector is held. Default value in use is 30 secs. After two hours and half the battle ends and the company with the highest number of points wins.

Credits: Dutch for the original gameplay concept; {BDR}Flipper for some scripting; {BDR}Cobra for Arma3 porting

Torna su
We use cookies on our website to give you the most relevant experience by remembering your preferences and repeat visits. By clicking “Accept”, you consent to the use of ALL the cookies.
Cookie settingsACCEPTREJECT
Manage consent

This website uses cookies to improve your experience while you navigate through the website. Out of these, the cookies that are categorized as necessary are stored on your browser as they are essential for the working of basic functionalities of the website. We also use third-party cookies that help us analyze and understand how you use this website. These cookies will be stored in your browser only with your consent. You also have the option to opt-out of these cookies. But opting out of some of these cookies may affect your browsing experience.
Necessary Sempre abilitato
Necessary cookies are absolutely essential for the website to function properly. These cookies ensure basic functionalities and security features of the website, anonymously.
Functional
Functional cookies help to perform certain functionalities like sharing the content of the website on social media platforms, collect feedbacks, and other third-party features.
Performance
Performance cookies are used to understand and analyze the key performance indexes of the website which helps in delivering a better user experience for the visitors.
Analytics
Analytical cookies are used to understand how visitors interact with the website. These cookies help provide information on metrics the number of visitors, bounce rate, traffic source, etc.
Advertisement
Advertisement cookies are used to provide visitors with relevant ads and marketing campaigns. These cookies track visitors across websites and collect information to provide customized ads.
Others
Other uncategorized cookies are those that are being analyzed and have not been classified into a category as yet.
ACCETTA E SALVA